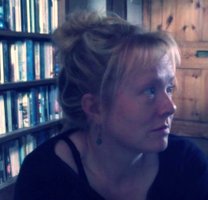 I grew up in East Sussex and came to live in Devon in 1998, when I started an undergraduate degree at the University of Exeter. Having gained a BA (Hons) in English with Medieval Studies (Dean's Commendation) in 2001, I stayed on to complete an MA (Dist.) in English Studies and then a PhD ('Empire of the Imagination': Victorian Popular Fiction and the Occult), for which I was lucky enough to receive funding from Exeter's School of Arts, Languages and Literatures. I have also worked as a research assistant on Exeter's e-learning provision, and on Early Stuart Libels, as well as having been an online tutor for Widening Participation.  I now work as an academic developer for the University of Exeter, and I teach for the Graduate School of Education. I'm a Senior Fellow of the Higher Education Academy, have a postgraduate certificate in Academic Practice, and am a member of the Society for Editors and Proofreaders.